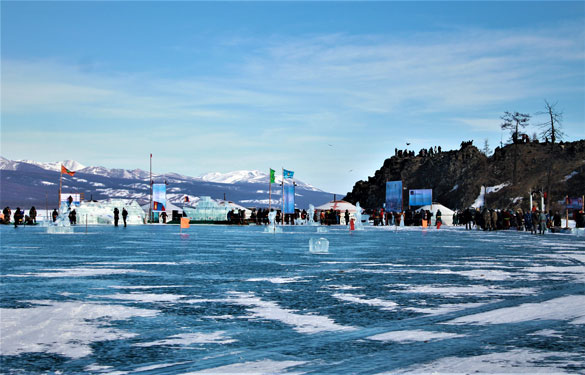 Have you ever dreamt of experiencing one of the coldest, but still mild winter on earth or wanted to explore a mystery of how nomads survive within temperature as low as -30 degree or tried to ride Mongolian horses and horse sleigh in the snow covered vast white steppe or skated on frozen fresh water lake? If so, your winter dream may come true in Mongolia during its Ice festival!
Ice festival, annually held at Khuvsgul lake-fresh water lake, khatgal village of Khuvsgul province, is a famous celebration or entertainment among locals and visitors organized by local community and government. This festival has been held one of the biggest events to promote the winter tourism in Mongolia. The “Ice festival” highlights tradition, customs of reindeer herders, Shaman rituals, competition of horse sleighs and skating, ice ankle bone shooting game and offers great opportunities to take part in optional trips of dog sledding, horse sleighing, horse riding, visiting reindeers and nomad families as well.

Victor P - Dream Mongolia/Doogi organized a great 10 day tour for my girlfriend and I.
Doogi was able to organize a tour including 3 days in Southern Mongolia (Gobi),
​​​​​​​5 days in Western Mongolia and 2 days in Ulaanbaatar. 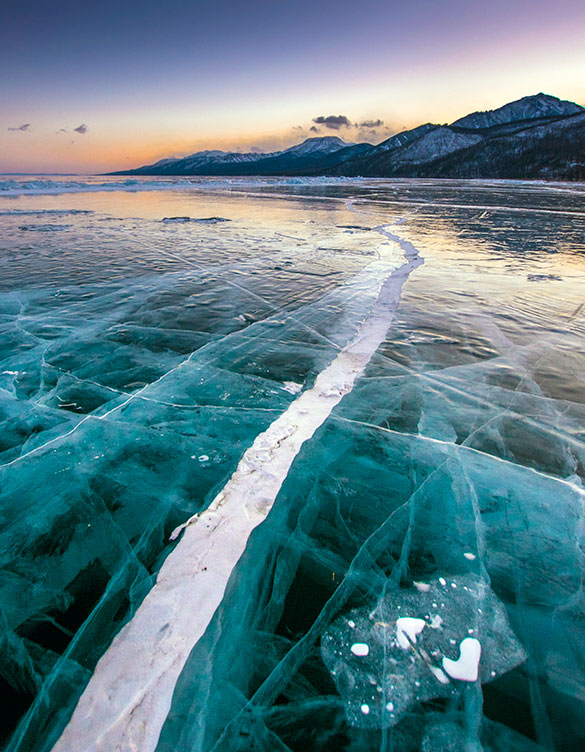 Known as “Blue pearl of Asia” or Khuvsgul lake is located in Northern Mongolia. The surrounding terrain is mountainous and peaks which have panoramic views of Khordil Sardig ranges and Bayan mountain ranges, along the west shore of the lake. The water is so pristine and crystal clean.
Geographically, Khuvsgul lake lies in the southern Siberian zone, and an area extends from north to south with 136km and stretches from west to east 36.5km at the elevation of 1645m above sea level. It is the oldest lake in Mongolia (23 million years old) from the pressure of the same tectonic forces as a gigantic Lake Baikal which located 195 kilometers to the North as much as it’s the deepest continental body of water, having a 267 metres (876 feet). It is also Asian second largest fresh water lake by volume of 380km3, containing about 93.6 % of Mongolia’s fresh water and 1% of all fresh water in the world. Into Khuvsgul lake flow more than 40 rivers and streams, only one river Egiin Gol exits from it.

Climate is much changeable because of surrounding territory and cold winter climate dominates in the area. Winter air temperatures average -25C, and summer temperatures average +20C. The lake surface freezes in September but completely covered by 1.0-1.5m thick ice in November and thaws in May.
The protection of natural resources in the area began with the establishment of National Park in 1992. An outstanding variety of endemic flora and fauna which is rich and various such as land-based species around the lake include marmot, wild sheep, ibex, red and roe deer, brown bear, Siberian moose, sable, wolf and fox. Unique fishes to the lake are omul salmon, graying, sturgeon, burbot and lenok. There are more than 244 bird species in the Khuvsgul area include eagles, kites, swans, cranes and wide variety of Anseriformes. There are dozens of tree species, including Siberian larch, cedar, pine, fir, birch and spruce.
Khuvsgul lake is the most outstanding example of a freshwater ecosystem on the basis of natural criteria as well as the landscape is breathtakingly beautiful during winter and summer.

Contact us for your custom-made private trip for experiencing this winter festival!