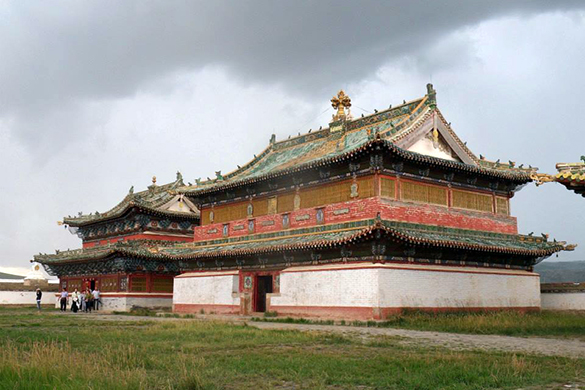 Kharakhorum was the most important city in the history of world trade holding during the 13th century and, former residents of those who once ruled Mongolia established capital city in 1220. About 40 years, this was the center of one of the most powerful empires in the world and everything was controlled from here. The city had a surrounding wall with four stone turtles which used to symbolize longevity and solidarity of the city have been left as a little to see. However, a few mysterious sites remain which along with Erdenezuu monastery is a highly evocative of this ancient city in central Mongolia. Of those glorious time almost nothing has survived. Only the Erdenzuu monastery which was break up after Soviet Union became active once again. Each side of the square complex is 420m long and the monastery wall is adorned with a total of 108 stupas. In the middle of each side of wall, it’s a large gate that was used to fend the monastery. By the command of the Khalkh prince Avtaisainkhan in 1586, the monastery was build among the ruins of Mongolia’s capital city. The construction of the monastery took more than 200 years and just four temples had survived following the Stalinist purges.