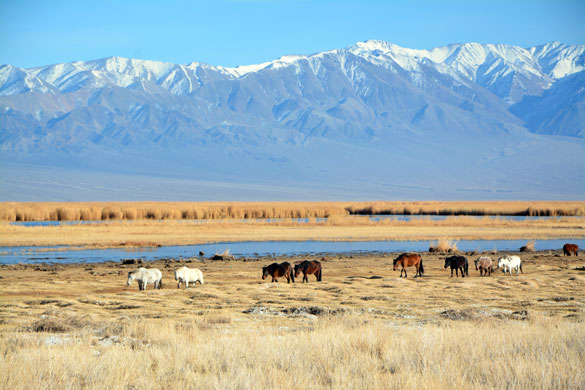 Best place for the bird watchers

The location of Khar Us lake is 40km to the east of Khovd city and, it covers an area of 15,800sq km with an average depth of only 4m. Khovd river flows into this lake to create the second largest freshwater lake. A giant marsh delta is the perfect habitat for wild duck, geese, partridge and rare sea birds. Lake area is one of the most internationally important wetland sites which registered as a Ramsar site (wetland of international significant) in 1999 and, it declared as National Park in 1997 on the recommendation of WWF. National park is surrounded by desert landscape hosts many rare and endangered species such as argali- wild sheep, ibex, snow- leopard and saiga antelope. As a wetland significance, over 200 bird species stop in here to make bird-watcher’s paradise.